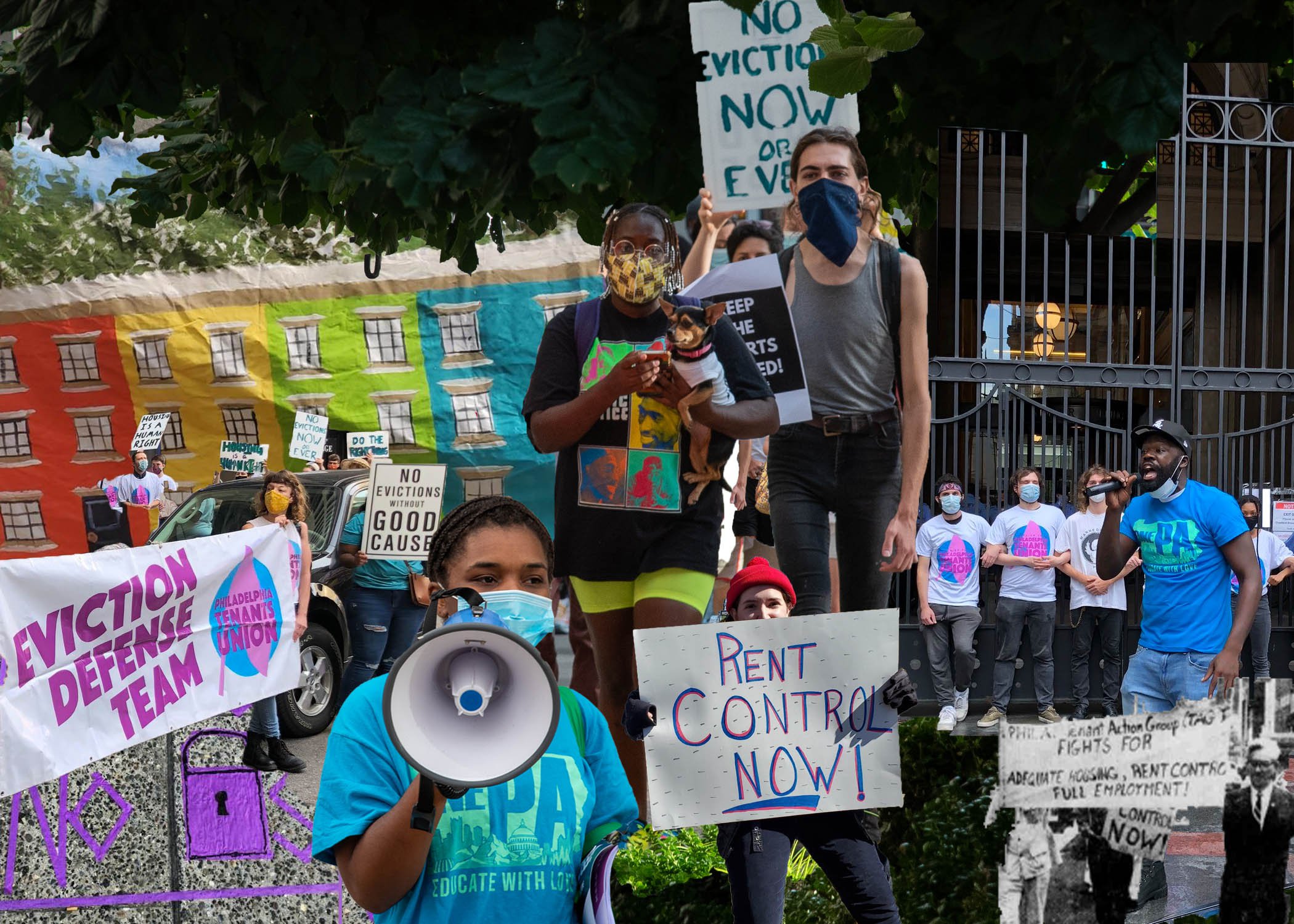 At 48th and Pine, Verna’s rent has gone up over 10% in the last year. It’s the same for Judi at 37th and Spring Garden. At 20th and Chestnut, Barry’s rent has increased by a whopping 33%. Frances, who lives on Rowan Street just off Germantown Ave, has mailed in her copy of the rent control petition, signing her support for a three year rent freeze and a cap of 3% increases after that. Organizers disrupt a City Council meeting, accusing the politicians of letting a rent control bill languish in committee.

Soon after, in the Sunday edition of the Inquirer, an ominous brick of text warns readers not to “let the dead hand of rent control fall upon the city of Philadelphia.” The real estate lobbying groups that placed the ad encourage citizens to testify in front of City Council, arguing that rent control is an “exercise in defying the immutable laws of life.”

The fate of the rent control bill introduced by a newly elected member of City Council is undecided -- will it die in committee or advance to a full vote?

These events all took place in 1975. But you could be forgiven for thinking that this housing crisis, and the landlords’ stubborn devotion to the “immutable” free market, sounds remarkably current. Then as now, Black residents bear the brunt of evictions and displacement.

The factors driving today’s shortage of affordable rental housing differ from those in the 1970s: back then, high inflation meant that rent increases outpaced spending power, high interest rates meant mortgages were difficult to obtain, and Philadelphia was losing residents. Blight and abandonment of housing were the big fears. Now interest rates are low, the city’s property market is “white hot,” and Philadelphia’s population has been increasing since 2010. Today tenants are more likely to worry that their landlord will sell the property for a tidy profit than abandon it -- and that the new owners will either refuse to renew their lease or hike the rent to unaffordable levels. And that’s before we add in the pandemic and the looming wave of evictions it promises to bring. [READ MORE HERE]

The Philadelphia Rent Control Coalition is having a couple of events you can attend to get involved in the fight for rent control and tenants rights.