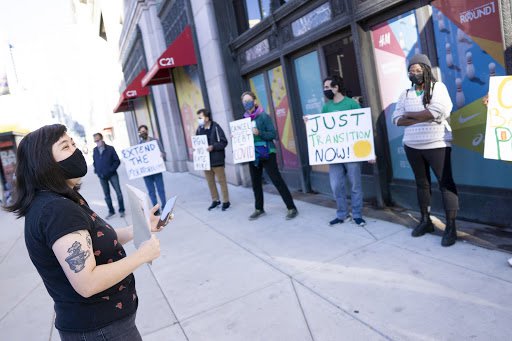 Pennsylvania has found itself right in the middle of the Trump-Biden contest as possibly the most important state in the election. In 2016, Trump won the state by less than 1%. Polls are looking good for Biden, but we learned how unreliable they can be in the 2016 election. Trump has also unleashed a slew of lawsuits and inflammatory rhetoric about fraud in Philadelphia to undermine the legitimacy of the election. Security issues like stolen USBs and voting website crashes aren’t helping. It’s hard to know how Trump will react if he loses, but he’s certainly laying the groundwork to dispute the results which could also activate his supporters.

With all of these different factors in play, it’s important that you know your options and vote correctly. You can still go to the polls like you normally do (check your voting location here). You can also vote early by going to various satellite offices around the city. Finally, you can request a mail-in ballot here. The deadline to request a ballot by mail is Tuesday, October 27. Make sure you place your ballot in the secrecy envelope, then put that envelope in the postage paid return address envelope. Your vote will not count if you forget the secrecy envelope. It’s also important to mail your ballot as soon as possible so the mail system doesn’t get overloaded!

Locally, Lilac endorsed Mike Doyle for State Rep in the 170th district against the Trump Republican Martina White. Martina White has demonized BLM protestors, and introduced legislation to create harsher sentencing laws and to cut funds from sanctuary cities. Mike will fight for policies that will benefit the multiracial working class, such as single-payer healthcare, worker’s rights, an end to mass incarceration, and the Pennsylvania Green New Deal. Sign up here to volunteer for Mike’s campaign! There are also important ballot questions about policing and loans. Check out our voting guide.

Lilac is building a coalition with PA Debt Collective, Sunrise Philly, and Earth Quaker Action Team to challenge the Pennsylvania Public Utility Commission (PUC) and Philadelphia Gas Works (PGW) to center the economic and environmental well-being of our communities! On October 8th our coalition had its first action outside of the PUC office ahead of their scheduled meeting. We tried to deliver our petition to the PUC office but we were denied. Later that morning, the PUC decided to lift the ban on utility shut offs.

Our campaign is just getting started! Join us at 9am on Thursday October 29th for the next PUC meeting as we let them know there is a growing movement for energy justice in Philly!