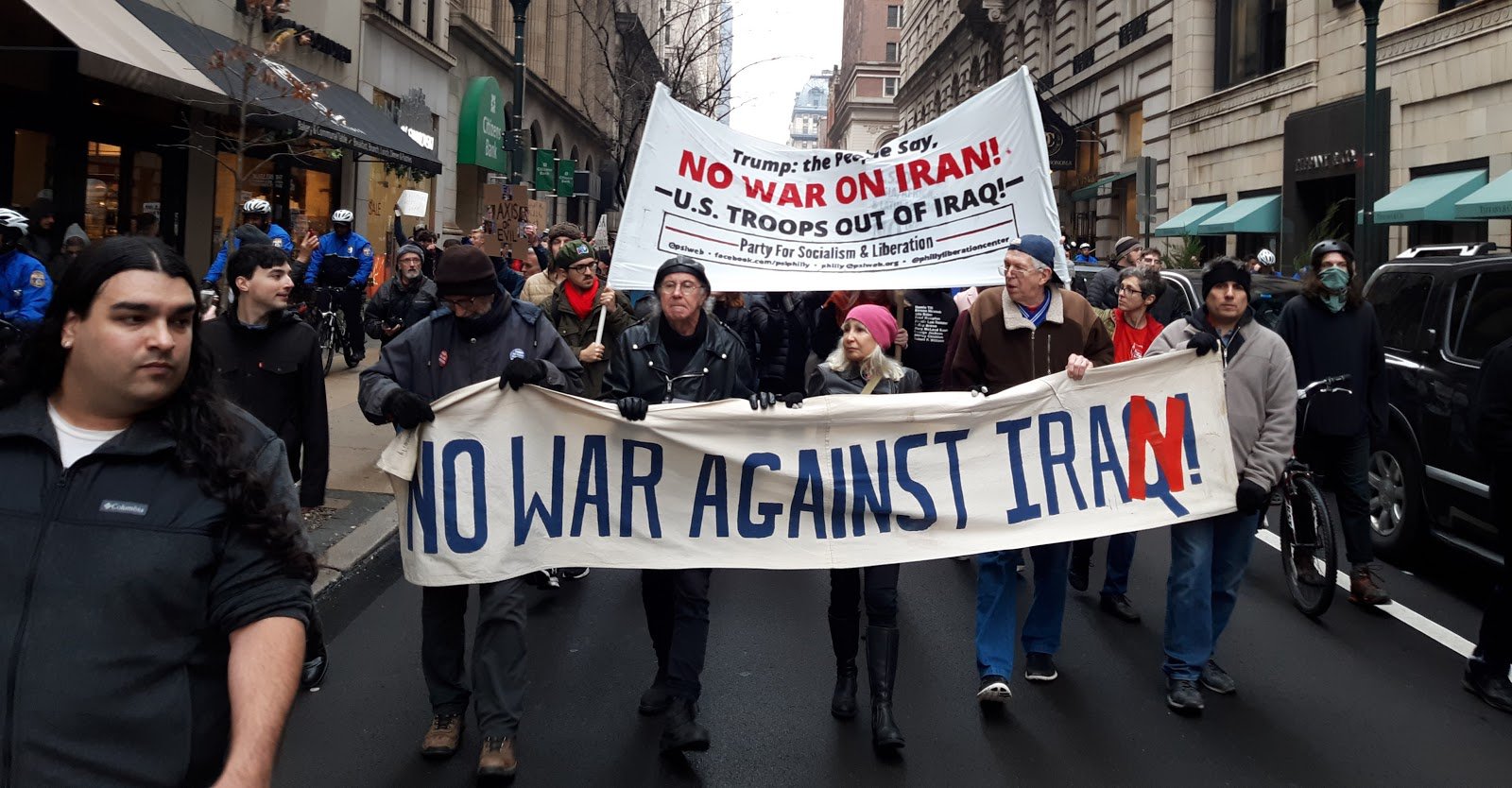 No war with Iran!

No war with Iran!

On January 3rd, 2020, the US assassinated ten Iraqi and Iranian officials on Iraqi soil including Major General Qassem Soleimani, the second most important person in Iran. Iran has been a target of U.S. imperialism for decades starting with the 1953 coup and following up with support for Saddam Hussein during the Iran-Iraq War. Recently the Trump administration has been deliberately tanking US-Iranian relations and the recent assassinations have taken us to the brink of war. Iraq has asked the United States withdraw its troops from the country but the State Department has refused.

On January 4th, Lilac co-hosted a rally against US imperialism and intervention in Iran, but the fight isn’t over yet! We’ll be hitting the streets again on January 25th.

Lilac is working with Philadelphia Tenants Union to get signatures for a rent control bill that will be introduced to City Council later this year. Come on out to our next canvases!